A selection of small to medium-sized trees for ornamental use, parks and streets, including the stunning pink-blossomed Kanzan and the impressively tall and slender cypress oak.

The following 10 tree species are included in the Plants Kit 1. Each species comes in 36 variations per species, i.e. 3 variants, 3 ages and 4 seasonal aspects, for a total of 360 models per Kit. 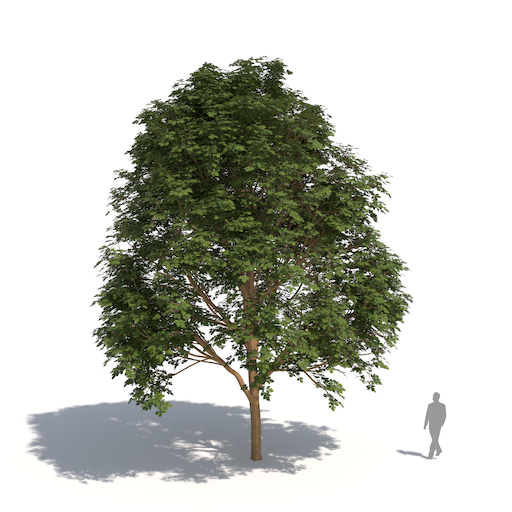 A fast-growing, medium-size tree of asymmetrical and broadly round shape, often with several stems. The light green foliage with three to seven leaflets turns yellow-green in autumn. The box elder is one of the most common North American maples in cultivation and one of the most planted foreign trees in Central Europe. 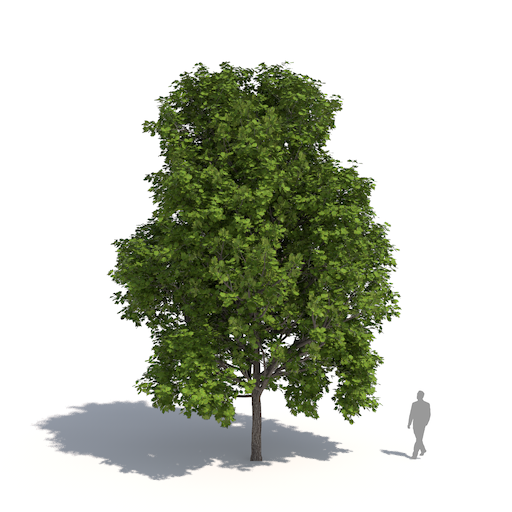 A medium to large size tree with loose habit and fresh green or pale green foliage. The crown shape can be asymmetrical, conical or broadly ovoid. Early autumn colours can range from deep or scarlet red to golden yellow. Due to its pleasing form and majestic autumn foliage during Indian summer, the red maple is often used as a shade tree in parks and large gardens. It is one of the most abundant and widespread trees in eastern North America. 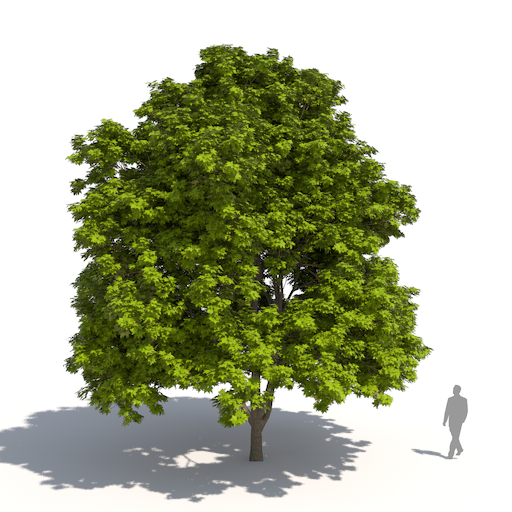 Large tree with an oval or round crown shape. The autumn foliage is spectacular, ranging from bright yellow and orange to fluorescent “Indian summer” red-orange. One of the primary source of delicious maple syrup, the wood is also one of the hardest and densest of all maples. A favourite street and park tree because it is easy to propagate and transplant. 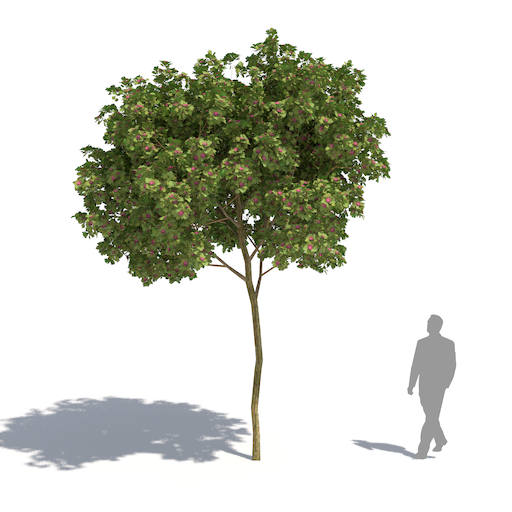 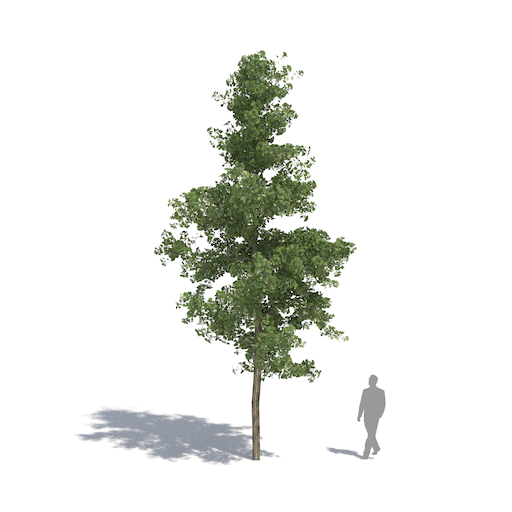 A large asymmetrical tree that is stiffly upright when young, ageing into a broadly conical to asymmetrically round crown. Turns brilliant golden yellow in autumn. The ginkgo is a unique species with no close living relatives, similar to fossils dating back 270 million years. Widely cultivated since early human history, the ginkgo has various uses as food and in traditional medicine. 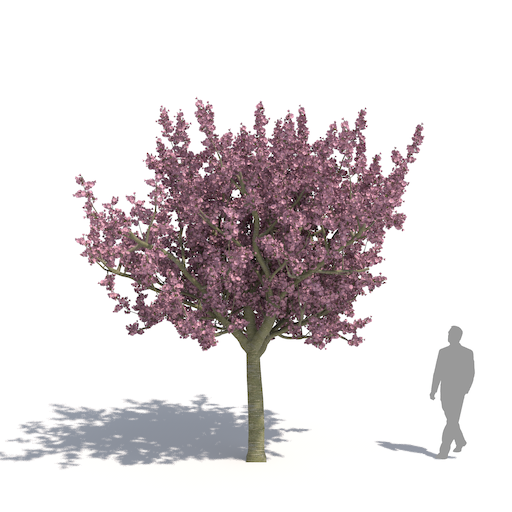 The showiest of all Japanese trees with its large pink double flowers, this tree is famously part of Washington DC’s Cherry Blossom Festival. More spectacular colours appear in autumn, when the leaves turn from yellow-green to a reddish copper colour. Cultivated in Europe and North America, it is usually grafted on to wild cherry (Prunus avium) roots. 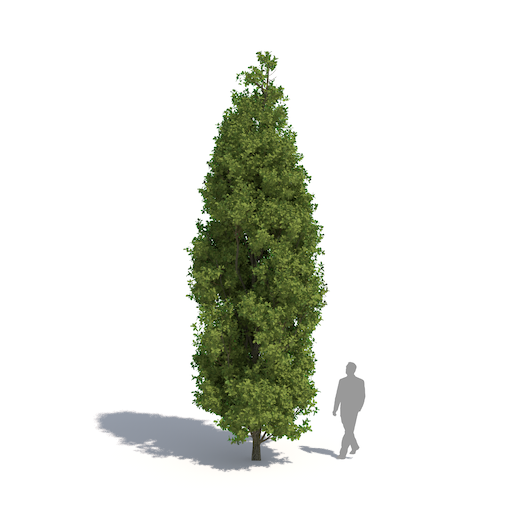 The most common ornamental form of Quercus rubur is shaped similar to the Italian cypress. It retains a slender and upright shape, growing into an impressive medium-size tree with a gradually broadening columnar. Leaves turn yellow-brown autumn colours, with brown leaves remaining throughout winter. Originally propagated from an upright tree that was found in central Europe. 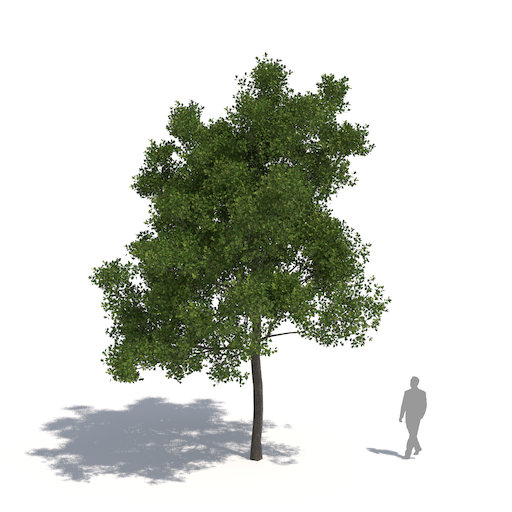 A large tree with dark green foliage and a broad round crown. Its leaves turn yellow-orange to bright red in autumn. Scattered brown leaves remain attached throughout the winter. The red oak is grown in parks and large gardens as a specimen tree. 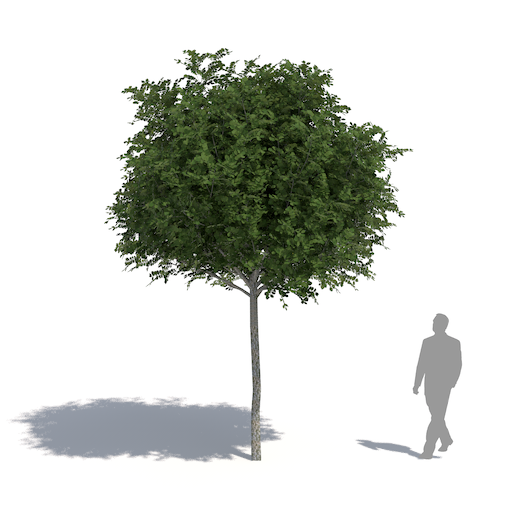 This small tree is popular because of its jade green foliage and attractive spherical shape. The top grafted clone forms a round and compact crown ideal for urban piazzas and gardens. The tree seldom flowers and has been widely cultivated since the 1800s. 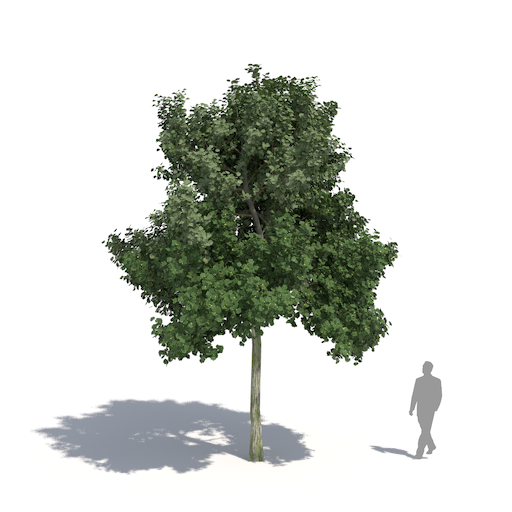 A splendid, large tree that starts out conical in shape before growing a domed, or occasionally, a pure round crown. In the autumn, leaves turn green-yellow or deep golden. Widely grown as ornamental trees throughout Europe starting in the 17th century and widely cultivated in northeastern America, a famous example is the boulevard Unter den Linden in Berlin.