An exclusive selection of subtropical trees and palms for special plantings in gardens and parks where a Mediterranean or exotic atmosphere is desired — such as the western strawberry tree, with its exotic strawberry-like fruit, or the dwarf palm, with its beautiful, fan-shaped leaves.

The following 10 tree species are included in the Plants Kit 15. Each species comes in 36 variations per species, i.e. 3 variants, 3 ages and 4 seasonal aspects, for a total of 360 models per Kit. 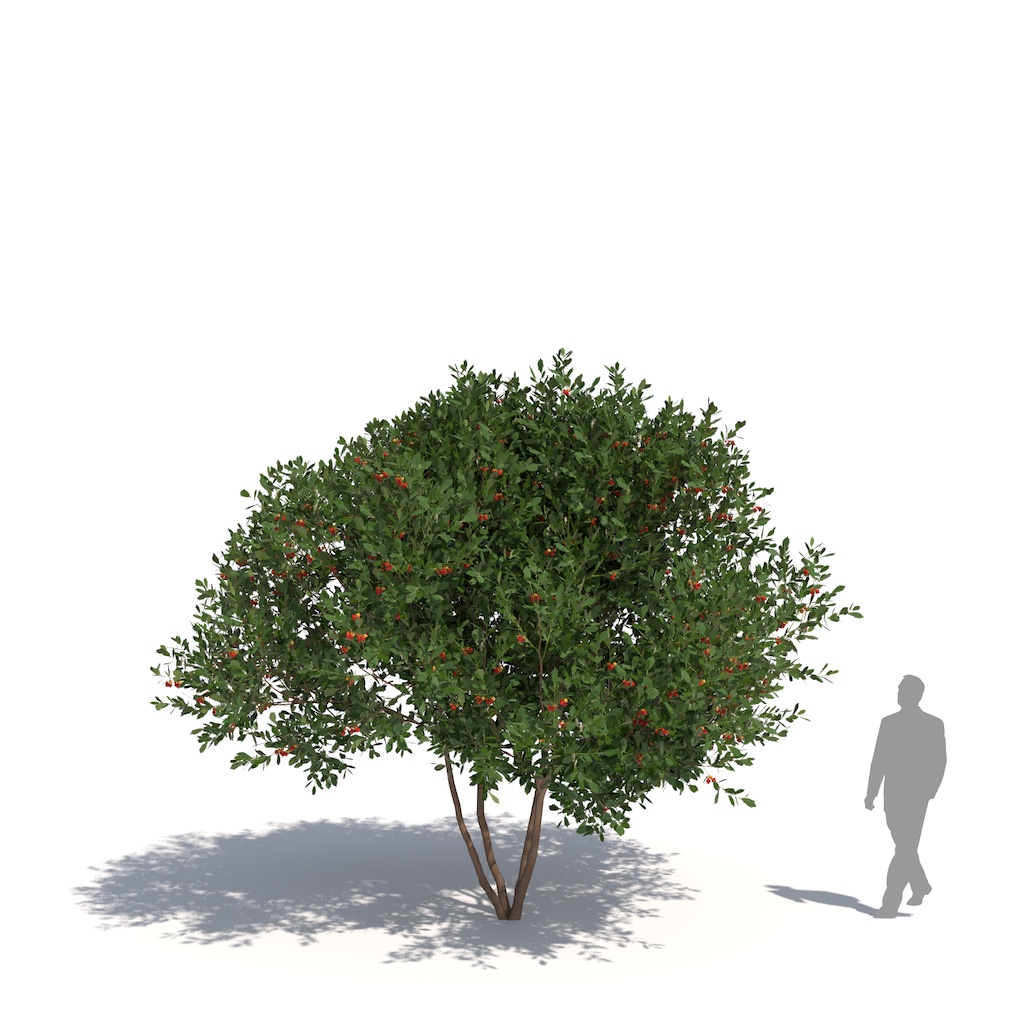 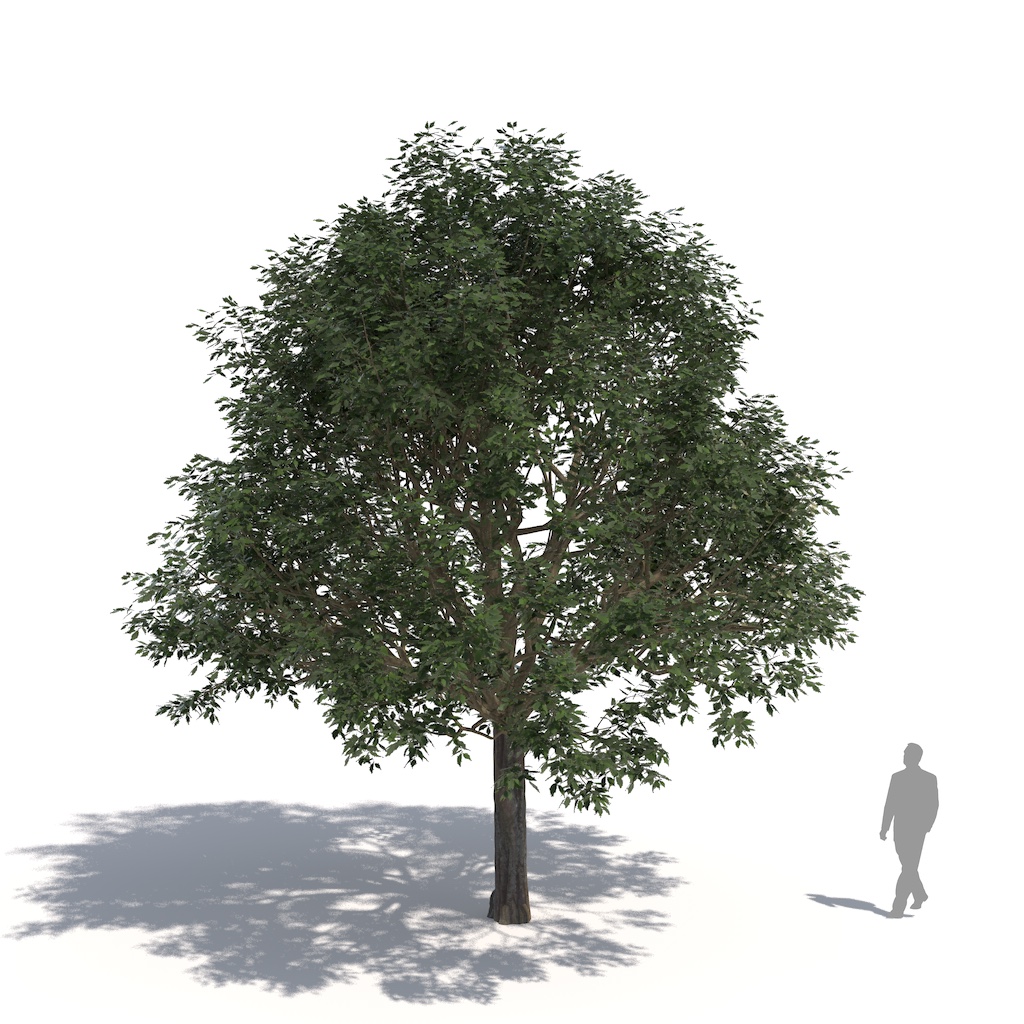 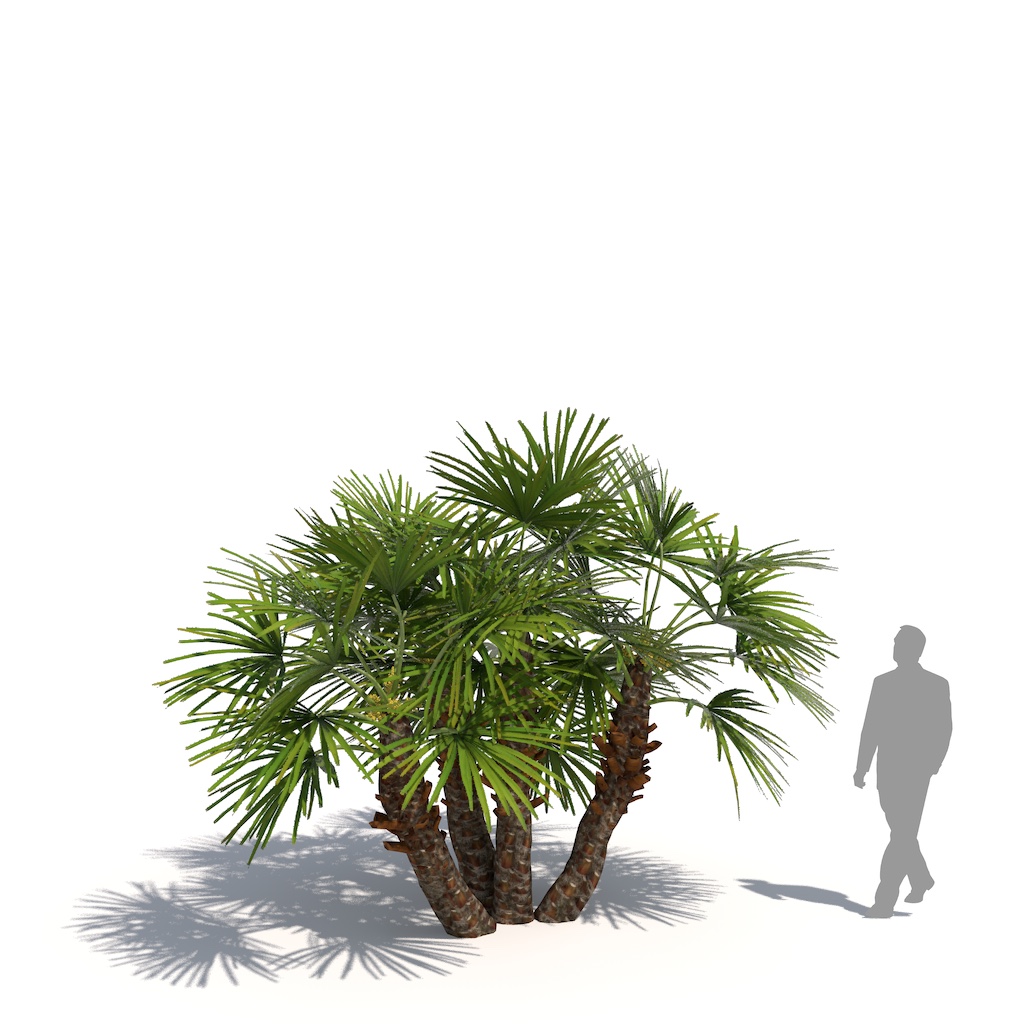 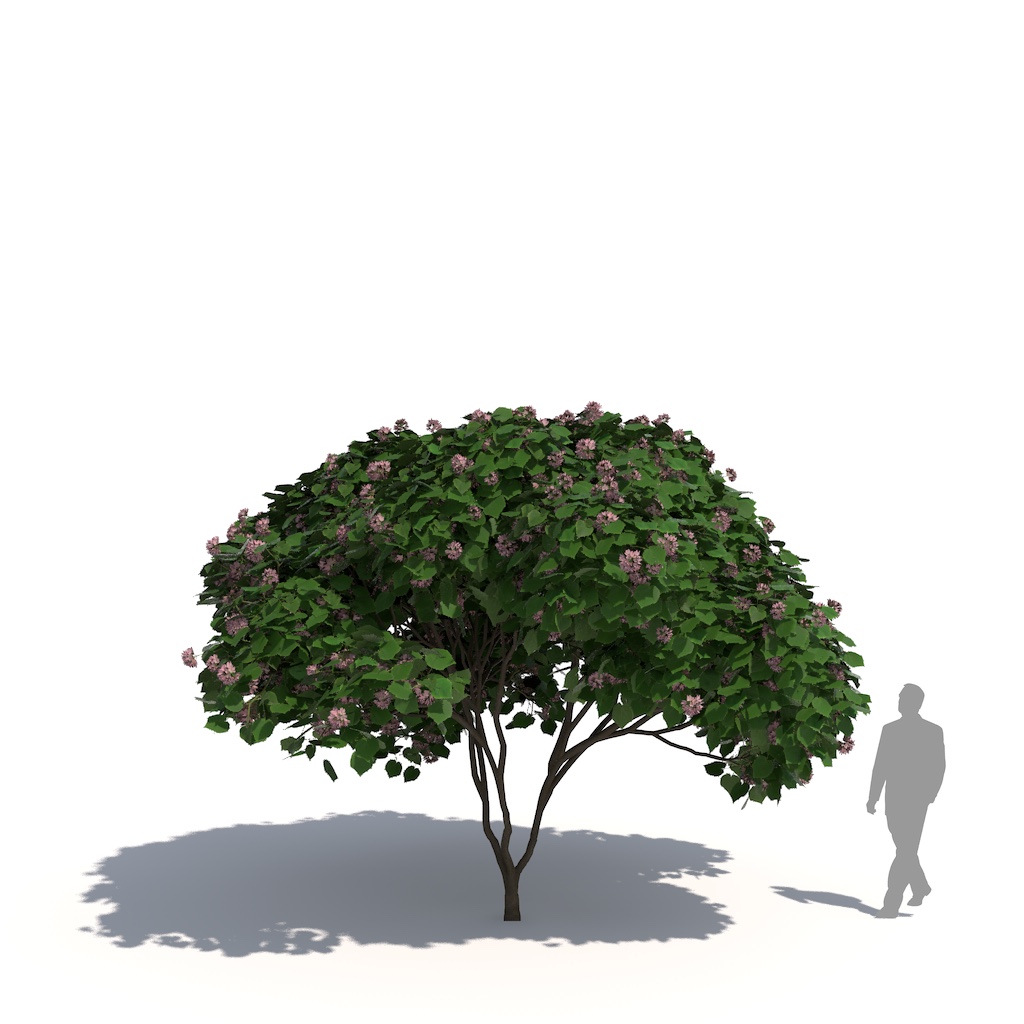 Fast-growing, medium evergreen shrub or multi-stem tree with round crown. Smooth bark only slightly grooved. Large, dentate, alternate, petiolate medium-green leaves. From October to March, has round clusters of pink flowers, similar to Hydrangea flowers, which attract many bees and butterflies. Species is named after the horticulturist Henri Cayeux, who is said to have created it. 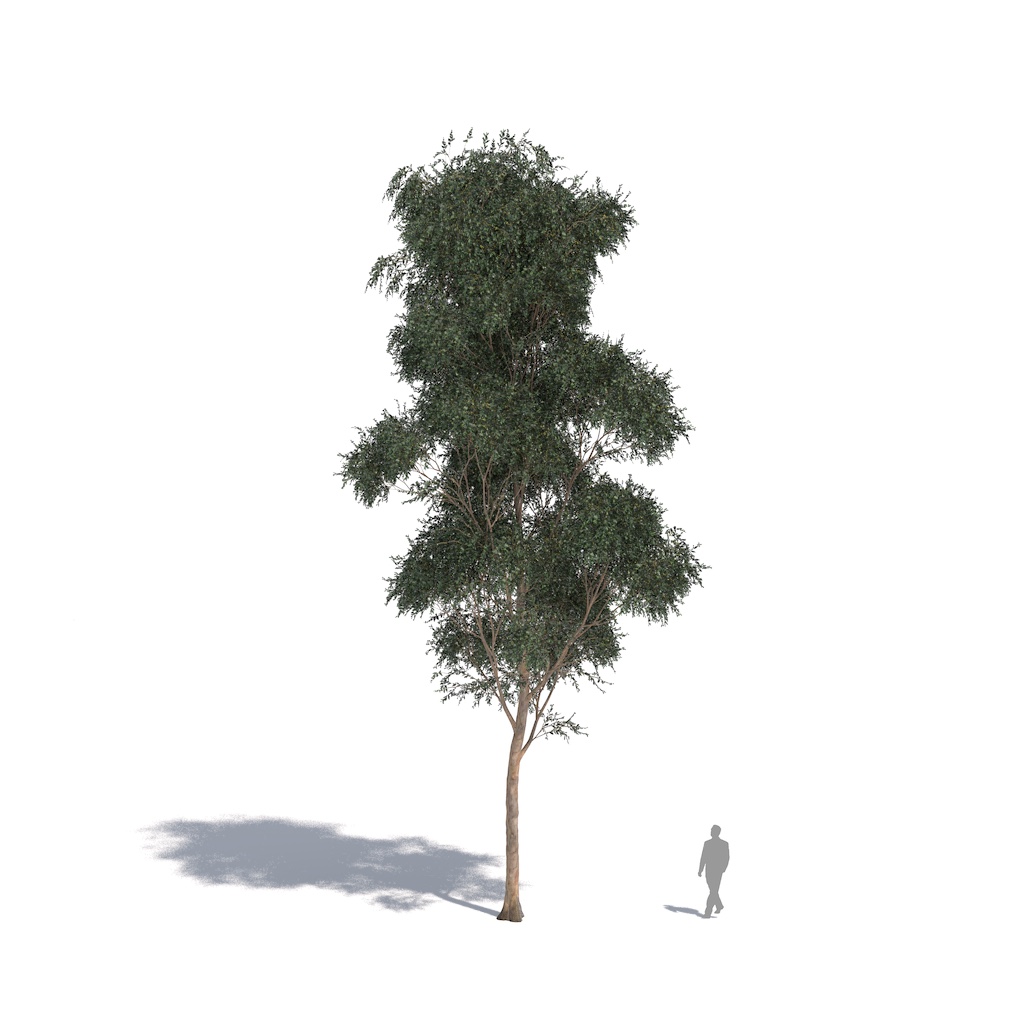 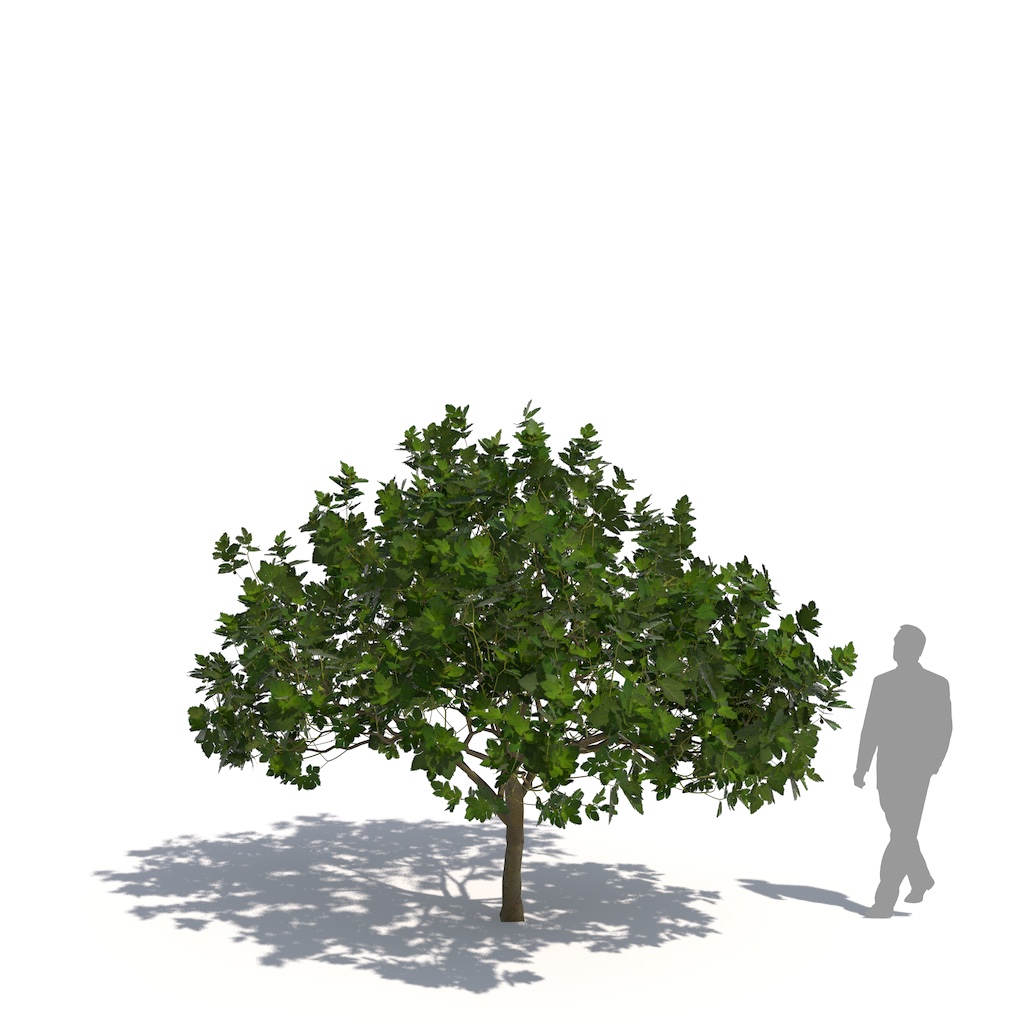 Fast-growing deciduous shrub or small tree with a broad, wide-spreading, strongly-branched crown and a low canopy. Trunk mostly twisted, gnarled, or curved, with greyish-brown bark and clearly recognisable lenticels. Hand-shaped, medium-green leaves with three to five lobes and a rough upper surface, and softer, slightly pubescent underside. Has no visible showy flower, but a flower-bearing organ (syconium), which turns into a fig after pollination. Tasty large oblong or pear-shaped fruits, initially green, then yellow or brown-violet later. The plant can only be pollinated through the so-called fig wasp, which enters through a tiny opening into the syconium. 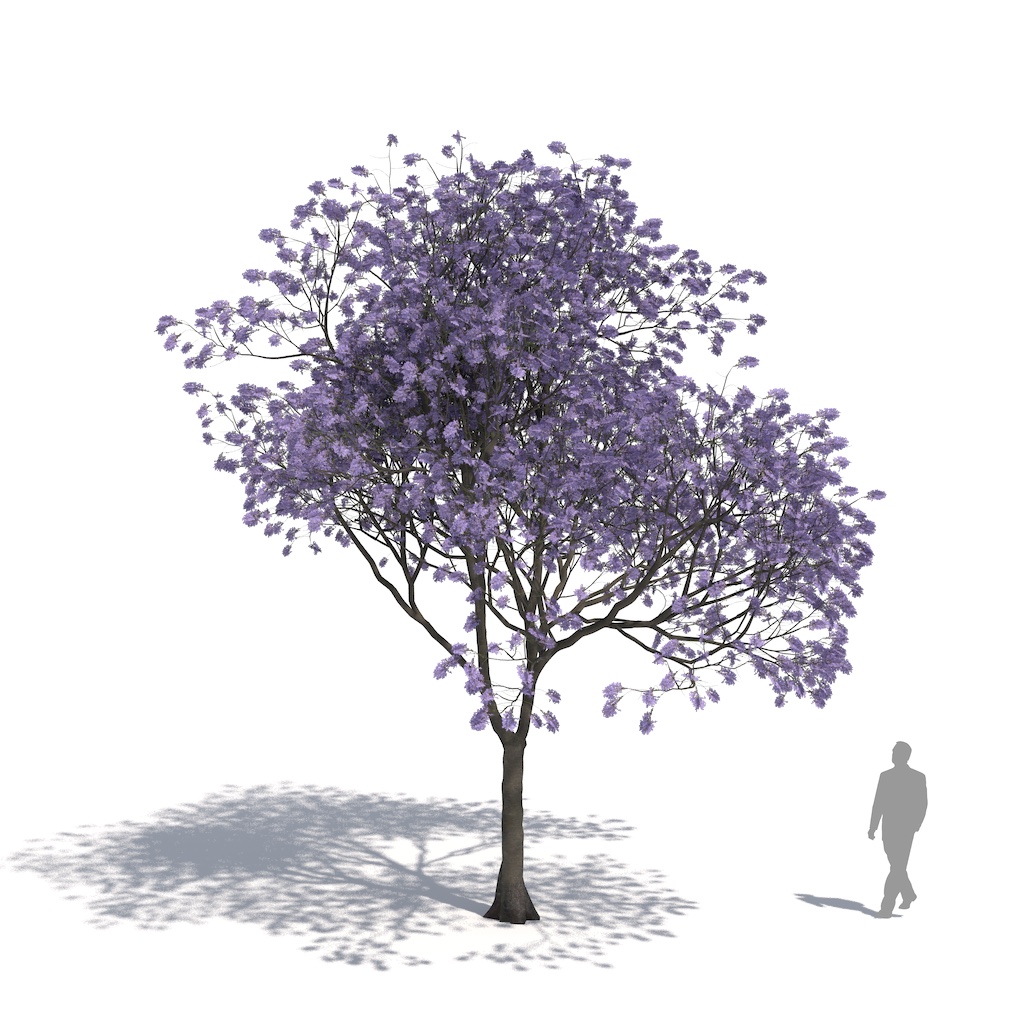 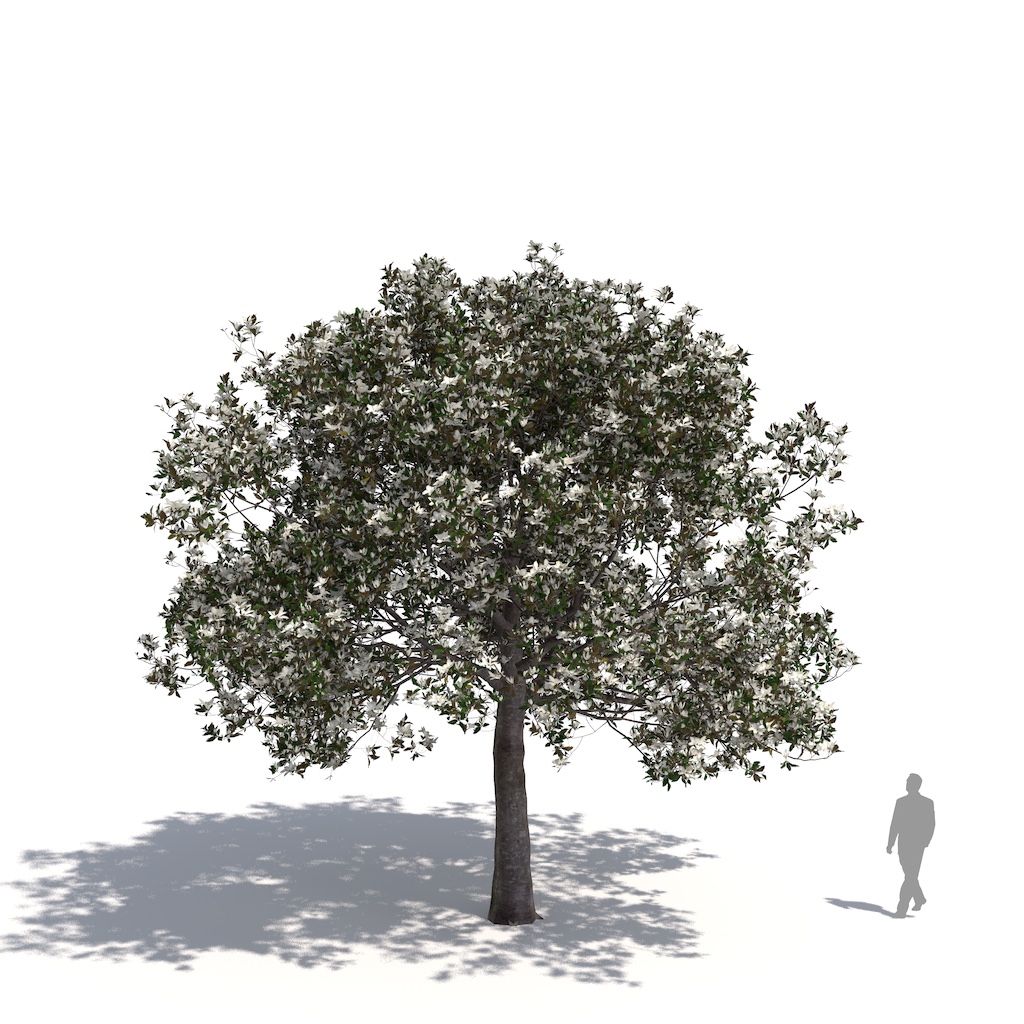 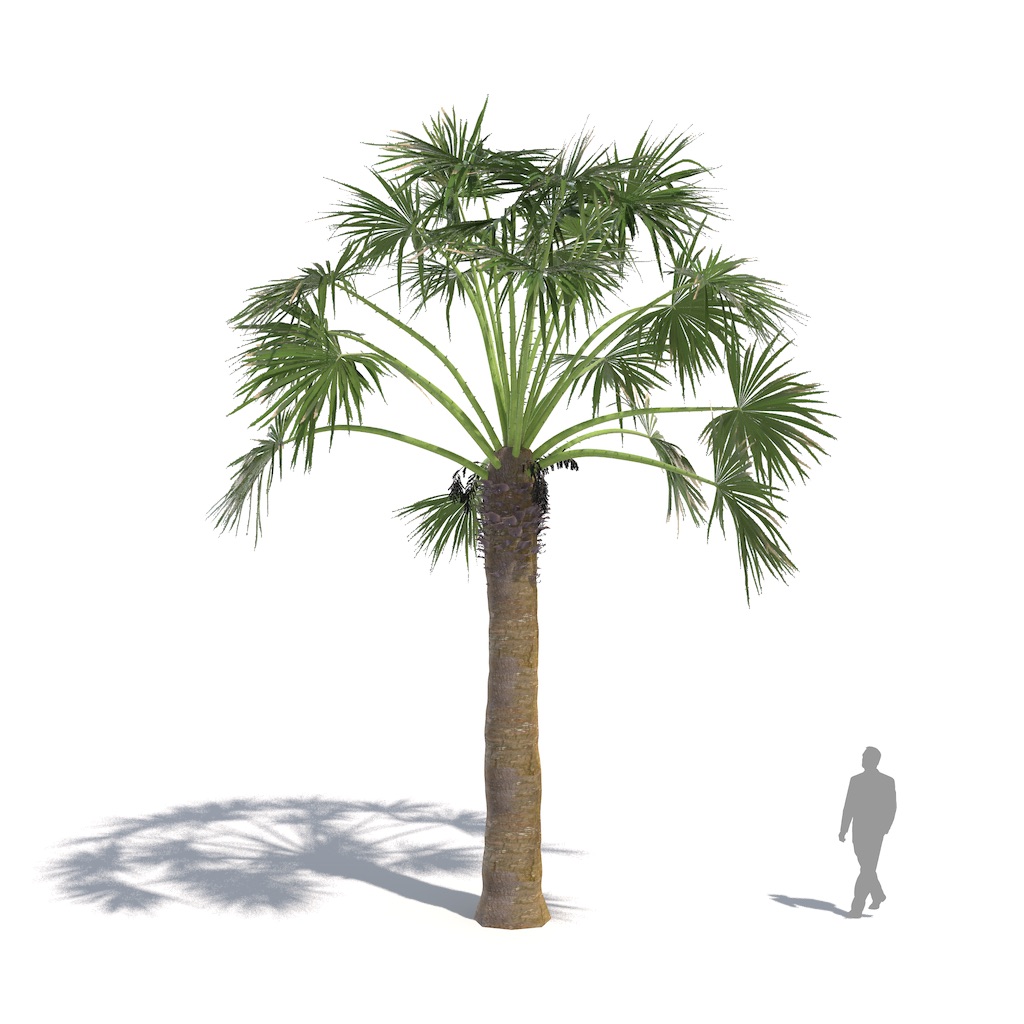