The following 10 tree species are included in the Plants Kit 2. Each species comes in 36 variations per species, i.e. 3 variants, 3 ages and 4 seasonal aspects, for a total of 360 models per Kit. 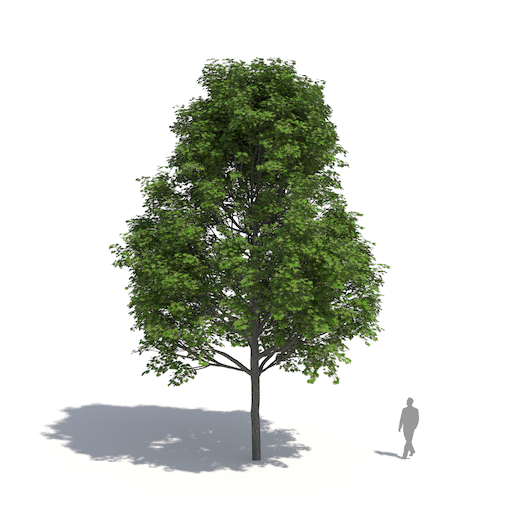 Medium-size to occasionally large tree distinguished by larger leaves with pointed triangular (as opposed to blunt) lobes and the presence of one or more teeth on all of the lobes.  The tree tends to leaf out earlier than most maples and holds its leaves somewhat longer in autumn. A popular street tree in North America following Dutch elm disease. 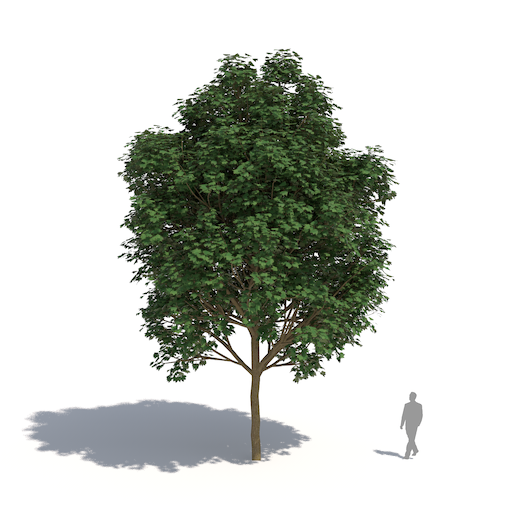 A large tree with a broad and round crown. The leaves have five lobes with toothed edges. They are dark green in colour with a whitish underside that is often marked with black spots or patches. A popular city tree do to its tolerance of urban pollution. 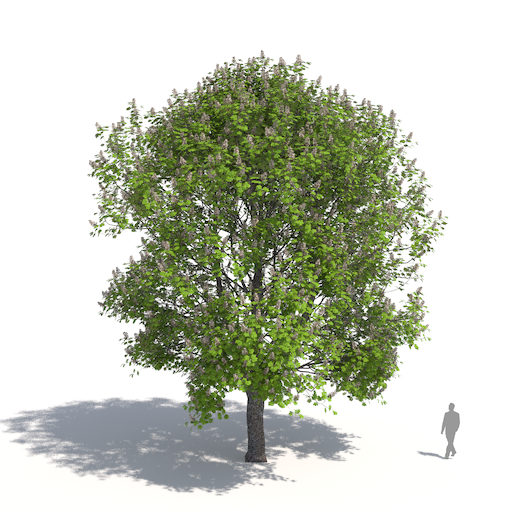 Tall tree with a domed crown of stout branches and leaves that are opposite and palmately compound. This species turns a strong yellow or brownish yellow in autumn. The leaf scars left on twigs after the leaves have fallen have a distinctive horseshoe shape, complete with seven “nails.” 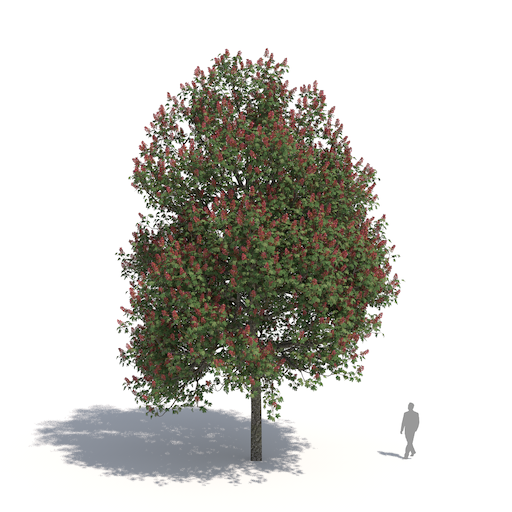 Medium-size tree with a round crown of dense foliage and bright red flowers. Palmate leaves are a dark and shiny green that turn yellow or green in autumn. The tree is an artificial hybrid with an unknown origin, but it probably first appeared in Germany before 1820. It is a popular tree in parks and streets. 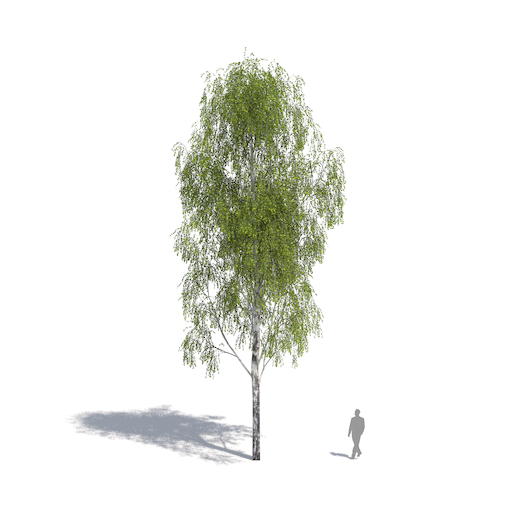 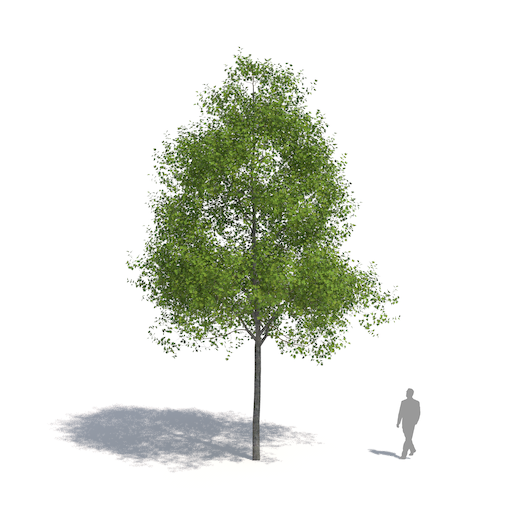 Medium-size tree that starts in a slender conical shape with leader before developing an ovoid crown. This slow to medium/fast-growing species has leaves similar to maple leaves, but alternate. Has a distinctive foliage of fresh green to medium-green with an intense autumn palette the includes fiery violet-brown and crimson-red to orange and yellow in many hues. 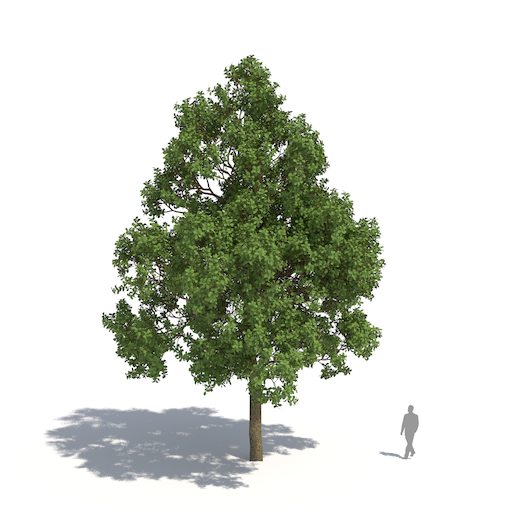 A large deciduous tree with the circumference of a grand oak. The tree has a wide-spreading crown of rugged branches. The leaves are obovate to elliptical, late shoots, with medium green colour and golden green or yellow-brown autumn colours. Retains foliage partially through winter. 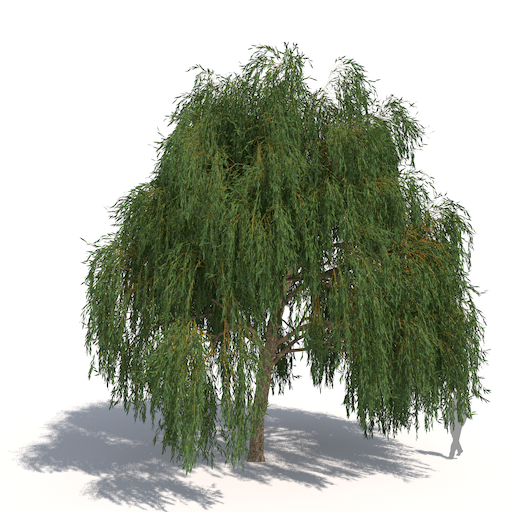 Impressive, medium-size, fast-growing decorative tree. The crown is curved irregularly wide and the long thin branches hang limply down. The bark is light grey-brown. The “weeping” branches are bright yellow in spring and light yellow in summer, holding large leaves. 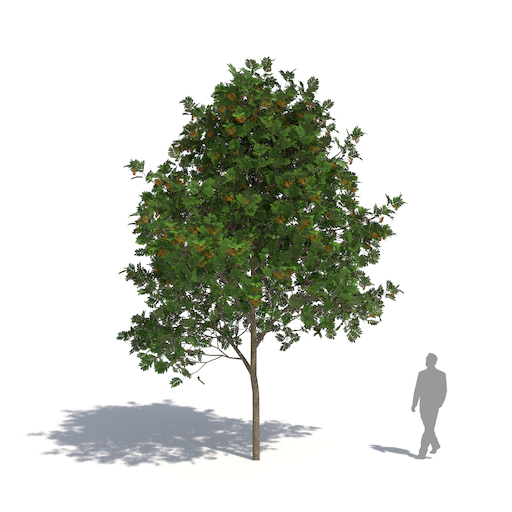 Small to medium-sized deciduous tree with smooth silvery grey bark in young trees that becomes scaly pale grey-brown and occasionally fissured on old trees. The shoots are green and variably hairy at first, becoming grey-brown and hairless. The buds are a conspicuous purple-brown and often densely hairy. The leaves are pinnate, with a coarsely serrated margin, variable hairiness and a dull medium-green colour, with bluish hues underneath.The autumn colours are strong-yellow-orange or brick-red. 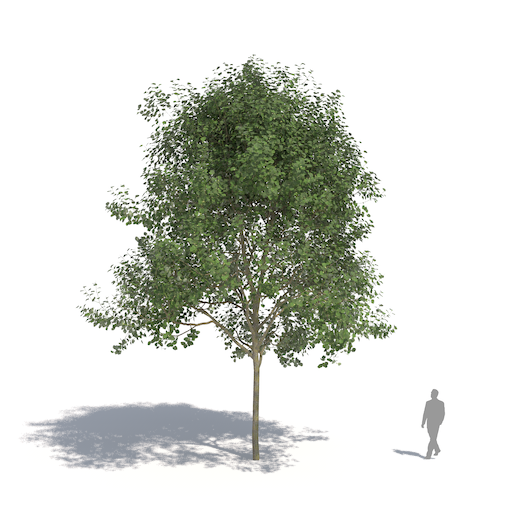 An impressive, large tree. The crown starts broadly conical or ovoid before becoming round. The main branches are stiffly upright, hardly overhanging, with diagonally rising or horizontal twigs. The leaves are broadly cordate and asymmetrical. Shoots are whitish grey, then dull green on top, with white tomentose underneath. The leaves remain green well into autumn before becoming pale yellow in November.